The Hovercraft company handed over to the customer a cargo and passenger hovercraft built under the supervision of the River Register in the small size category * 3. 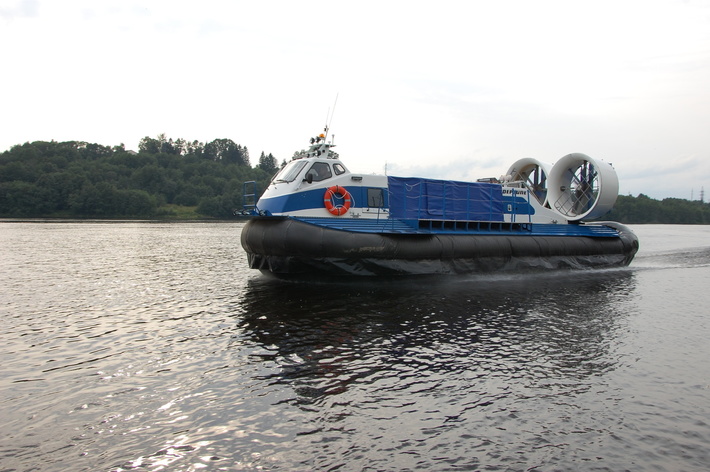 The Hovercraft company handed over to the customer a cargo and passenger hovercraft built under the supervision of the River Register in the small size category * 3.

Appointment. The cargo-passenger amphibious hovercraft of the “Neptune 23GrPasMl” type is designed to carry cargo in the amount of no more than 1700 kg or passengers in the amount of 6 people and cargo no more than 1250 kg. Category of the vessel. The vessel is classified as a closed small craft of category * 3. Acceptable areas of operation. The vessel can be operated in coastal sea areas and inland water basins. Operational limitations – wave height of 1% coverage up to 1.2 m, distance from the shelter no more than 11 km (6 miles). The place of refuge is any piece of land, bay, ship in the roadstead where the ship can hide from bad weather. Operation period. The vessel can be operated all year round. Surface type: – on the water surface without depth limitation; – in shallow water, including at zero depth and shallows; – on a frozen and snow-covered surface of water bodies, in the absence of hummocks along the route that exceed the height of the air cushion; – on ice slush and floating ice; – on a watered swampy surface and in rare thickets of reeds with a height that does not obstruct the view for driving. It is allowed to exit and move the vessel on unconstrained areas of the flat coast. When driving on ice or snow-covered surface of water bodies, no restriction from the place of refuge is provided. Temperature conditions. Operation is permitted at an outdoor air temperature from minus 40 ° C to plus 40 ° C. Wind restrictions. Wind speed is limited to 12 m / s. Time of day restrictions. The vessel can be operated both during daylight hours and at night. When operating in the dark, additional lighting is installed (headlights-high beam spotlights). 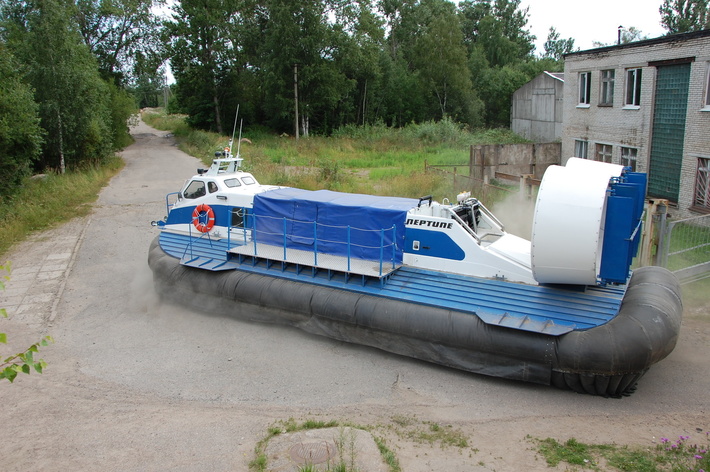 aerodynamic nozzles, with the engine compartment aft, with simplified hull shapes, with five watertight bulkheads. Norms and Rules. Hovercraft was developed for compliance with the requirements of the “Guidelines for the Classification and Survey of Small Vessels” R.044-2016 of the Russian River Register and “Technical Regulations on the Safety of Inland Water Transport Facilities” Decree of the Government of the Russian Federation of 12.08.2010 N 623 (as amended on 30.04.2015)

Payload composition for the shipping of goods and passengers:

Cargo location. The cargo is placed on the deck. The deck is located between the saloon and the fuel compartment. The deck measures; length 4.0m, width 2.0m. The possibility of covering the deck with an awning is provided. The deck is equipped with cargo securing brackets. The deck has an anti-slip surface and there is a possibility of increasing the width of the cargo area by hinged sections. The total deck area is 4 × 4sq.m. In the area of ​​the deck, on the hinged sections, a removable railing is installed.

Travel speed. Hovercraft with an average, operational load has in calm calm weather: maximum speed on water – 65 km / h maximum speed on an ice surface 75 km / h Operational speed. The operational speed on water is 40-45 km / h, on a dense snow-covered surface 50-60 km / h. Amphibious qualities. The amphibious qualities of the hovercraft are provided by the separation of the body from the screen due to the holding of an air cushion under the body by a flexible fence. Lift height depends on blower (engine) rpm, load and travel trim angle. 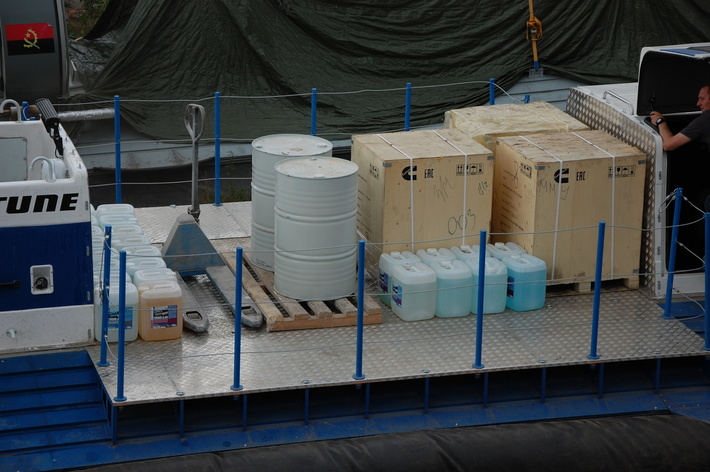 Fuel system. The fuel system consists of two fuel tanks with a capacity of 200 liters each. 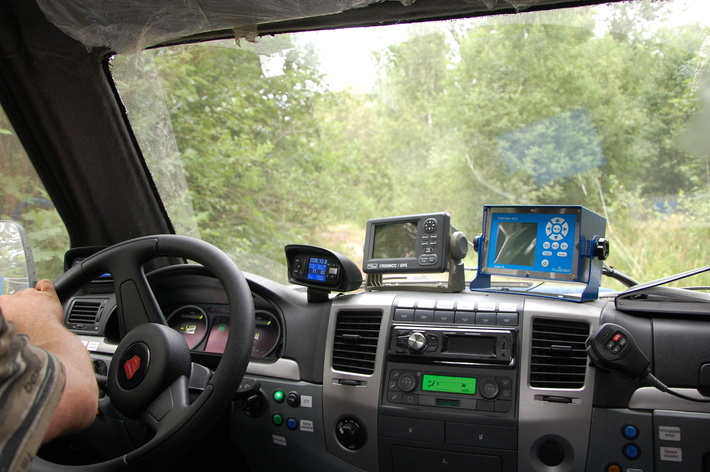 Movers. As propellers on the hovercraft, two variable-pitch propellers are provided in aerodynamic non-rotating nozzles. Variable pitch propeller support assembly and mechanism the reverse is placed in the pylons of each nozzle. The propeller blades are made from fiberglass coated with aramid fabric (Kevlar). The angle of rotation of the propeller blades is changed by electric pedals and is controlled by direction indicators installed in the control panel.

Transportation. Transportation by road is provided without restrictions in the size of 2.5 m. Shipment is provided in a 40HC container. In this case, the dismantling of the side hinged sections, nozzles with rudders suspended on them and the propeller pylons. Disassembled products are shipped separately in a 40-foot container or by road. 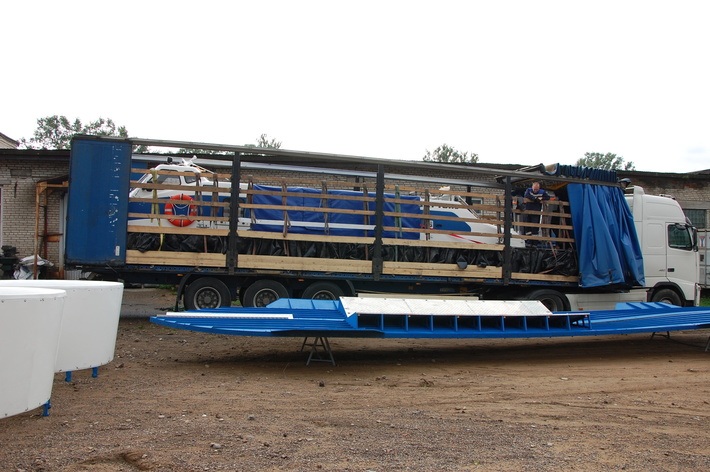